Food Sensitivities and Your Health 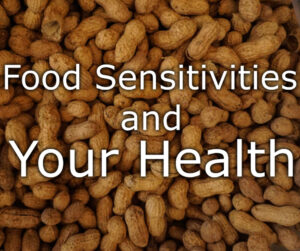 While similar, there are distinct differences between food allergies, food intolerance, and food sensitivity. Let’s explore the differences.

Food allergies are an immune response that triggers a histamine reaction within the body. Food allergies can have extreme reactions, such as hives, or worse, anaphylaxis shock. A reaction to a food allergy is generally immediate and extreme, often requiring medical attention.

Food sensitivity, on the other hand, is harder to pin down. In contrast to a food allergy, the reaction to food sensitivity can be delayed for days after eating the triggering food. Also, unlike a food intolerance, the cause of the reaction is unknown. However, some suspect IgG antibodies are reactive to certain foods. Consequently, those with food sensitivities may never know what’s causing their symptoms, because of the delayed and often vague reaction.

What If You Suspect You Have Food Sensitivity?

To monitor, a specialist from Functional Medicine Burbank suggests keeping a record of all foods you eat and when your symptoms occur. Do this for several weeks. Next, begin an elimination diet. This involves eliminating foods one at a time for two weeks or longer. When you are symptom-free for the ensuing weeks, you know you have pinpointed a trigger food.

Fortunately, by eliminating the foods which trigger your symptoms, you can eliminate your symptoms within weeks. It’s also advisable to eat organic as much as possible. Food additives, pesticides, and herbicide residues are ubiquitous in common foods and can also be a source of food sensitivities. Professionals from Functional Medicine studio city say that it may be difficult to eliminate some foods completely, but cutting back on certain foods will reduce your symptoms and discomfort. Living with food sensitivities involves finding a balance to minimize your symptoms and maintaining a healthy diet.

This entry was posted in Food and Your Health. Bookmark the permalink.